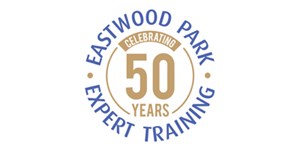 For Eastwood Park, 2019 is more significant than most. This year our long-established training centre celebrates 50 years of delivering specialist engineering, decontamination and estates & facilities management training.

Since 1969, Eastwood Park has hosted trainees, engineers, managers and directors in their formative years; many of whom are now working in healthcare services all over the world and are today sending their teams for the latest training. 50 years on, the centre continues to provide world-class healthcare and FM training.

Eastwood Park ‘the training centre’ was founded in 1969 when The Department of Health and Social Security (DHSS) acquired the estate and established the Hospital Engineering Centre, delivering residential training for National Health Service engineering staff.

A short while later, the first ever course for all grades of NHS hospital engineers was delivered – “Electronics appreciation” - and the centre commonly became known as ‘Falfield’ amongst NHS employees – a name still frequently used among Eastwood Park’s longstanding delegates today.

In the summer of 1977, the centre extended its facilities with the opening of the brand new Northcroft Hall (today renamed Falfield). It was opened by former President of the Institute of Hospital Engineering (now IHEEM), Lionel Northcroft OBE.

IHEEM and Eastwood Park have traditionally enjoyed a strong relationship, both holding “the advancement, development and application of engineering science in health care” at the heart of all that they do. In the mid 70’s Eastwood Park started to host an annual series of IHEEM led “Post experience courses in the development of management effectiveness” (Early engineers’ lot was not an easy one, 2019). This collaborative approach is something that continues to this day, whether this is through focussed industry seminars at Eastwood Park or attending IHEEM run events, including the annual Healthcare Estates Conference & Exhibition (where you can find Eastwood Park on stand E18 this year).

By the early 80s, a range of courses meeting the needs of NHS engineers and estates & facilities teams had been introduced, and the centre was renamed as the Hospital Estate Management and Engineering Centre (HEMEC). And following a review by the DHSS, in 1985 Eastwood Park officially became part of the NHS Training Authority (NHSTA), where it remained until 1991 when the NHSTA became the NHS Training Directory as a result of Health Authorities across the country and the creation of ‘arms-length’ agencies.

This was not the last time that ownership would change hands though, and in 1992 Avon and Gloucestershire College of Health assumed management, renaming the centre Eastwood Park NHS Training & Conference Centre. Despite further changes ahead, Eastwood Park is the name that would eventually stick, remaining in use right up until the present.

Later in the 90s, Eastwood Park was privatised - the fate of many public sector organisations. In 1997 Fujitsu Services (then known as ICL) purchased the Eastwood Park Training & Conference Centre, rebranding it as KnowledgePool, a new education group made from Amdahl’s Education Unit, ICL’s PERiTAS Media unit and Fujitsu’s Learning Media unit.

2003 saw perhaps the most significant and long-lasting change in the centre’s recent history, as following a successful management buyout, business ownership passed to Eastwood Park Ltd. Those involved in this venture continue to serve on Eastwood Park’s Board today, led by CEO John Thatcher who has been responsible for Eastwood Park since 1990.

With the opportunity to maximise the potential of a country house and over 200 acres to maintain, the centre started to attract other events, mainly at weekends when training has finished for the week. Eastwood Park now has a reputation not only as a leading technical training provider, but also as a busy local weddings and events venue. It’s safe to say there aren’t many venues around the country where the maintenance of medical equipment takes place alongside an afternoon tea!

Eastwood Park Ltd continued to expand and in 2006 it purchased the freehold of the house and surrounding 200-acre estate. It also began extending its training portfolio worldwide; courses are delivered in Australasia, Asia, the Middle East, Africa, South America and throughout Europe.

2008 saw the launch of new work-based foundation degrees for the healthcare engineering and biomedical market. The degrees have been through a few changes since then, relaunched in partnership with Staffordshire University in 2016 but remain central to Eastwood Park’s offering, with 50+ organisations, set to benefit from the newly qualified employees by 2020.

Not content with ‘just’ three degree programmes to launch in 2016, that year also saw Eastwood Park open a new high voltage training facility, furthering the centre’s drive for practical and relevant industry training. Electrical HV courses for the commercial market were also introduced, followed by dedicated lift, water and mechanical training for commercial organisations, although healthcare and patient safety is still at the heart of the training that Eastwood Park delivers. With this extensive experience in healthcare, Eastwood Park has found that there are strong parallels in the demands of a busy estate whether a hospital or other. Increasingly, commercial organisations are turning to the guidance provided in the HTMs that provide a comprehensive framework of policies, procedures and best practice, which are helping those responsible to meet statutory health & safety requirements.

2018 was a big year for the NHS as it turned 70 years old, and Eastwood Park was keen to celebrate this landmark of its former owner and biggest customer. Staff and delegates gathered to toast the occasion and enjoy a slice of birthday cake, while CEO John Thatcher said a few words, commenting on the continued and much valued close working relationship Eastwood Park has enjoyed with it since 1969.